Its funny, Microsoft used to be *the thing*. They were the king of the hill, top of the heap, A number one.

I mean, they still have a really great business, a lot of really good assets and they seem to have a lot of great ideas, but their performance is really in the shitter.

I was thinking about this earlier today, so I went to their website – first time in years. I was a bit surprised. It didn’t feel like a credible website in the least. Cluttered, distracting and all the copy was distilled into just a few obtuse words. I suppose someone might have felt that obtuse created mystery and intrigue that was suppose to somehow get people to click-through or something. I mostly just found it annoying.

Poking around a bit to get a better sense of their priorities, I came across this page and it struck me what most ails Microsoft these past few years.

Windows Live, the Cloud, Mobile, blah, blah, blah, blah. And worse, I think the folks in charge in Redmond actually believe that their strategy is going to sell software.

Steve Ballmer – you used to be a sales guy, what sells software? That’s right. Not Strategy.

Ballmer & Co. need to pull their collective heads out of The Cloud and remember one thing. Microsoft is a software company, not a strategy company. If they want to win, they have to get back to shipping great software that people use everyday. Software that Microsoft is uniquely positioned to provide. In the meantime, they are getting beat, every single day, by thousands of app developers, by Apple, by Samsung, by Google and most every startup between San Jose and Oakland, and there isn’t any strategy in the world that can change that for them. 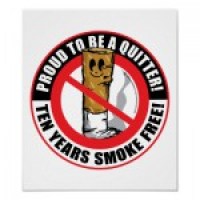