Adventures with Customer Service, chapter 23 – Getting VISA to Pay Up

This afternoon I discovered that I was getting double-charged by my bank for my credit cards. $24.50 a month & $170 a year. The $24.50/month fee was supposed to include two credit cards, one for me and one for Amanda which would normally cost $170 per year in fees. Looking closely at my statements, I realized that they were charging both – and guessed that they had been for quite some time. A quick check of my 2010 statements showed that they nicked me last year too.

Guessing about how long I’d had the credit card and chequing account, I figured that they owed me at least $500 in extra charges.

I called the CIBC customer service line and after navigating their voicemail tree, pressing “1″ and “5″ and entering my account number in followed by the pound sign, as instructed, I finally got to talk to a real person. Who promptly informed me that he couldn’t help me and that I should visit my local branch.

And here I thought that my $24.50/month included telephone banking privileges.

Pressing him a little bit further, I managed to get him to transfer me to the CIBC Card Services group (which I later learned is really just a hotline to the VISA call centre).

When the next agent came on the line, I explained my issue to her for the second time. Her response was pretty surprising. In summary, she questioned why I hadn’t noticed sooner and indicated that at best, the most they would be able to refund me was $170 from the most recent statement, but only if I could get them proof in the next few days. And then she threw her colleagues at CIBC under the bus and said that they had neglected to file some important form way back when I first established the account. Somehow she intended that this would all make sense to me and that I would feel responsible for their lack of paperwork and accept the fact that VISA wasn’t going to refund me the fee’s they overcharged me.

My response, if I remember correctly, went something like… 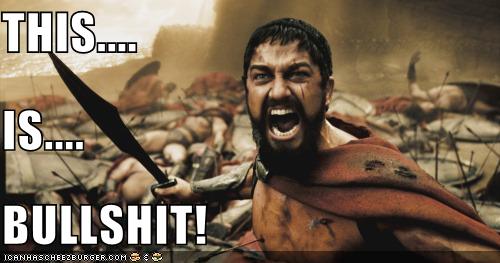 Or maybe I just mumbled something about closing all my accounts…

Hanging up the phone, I realized that my only chance to fix this would be at the local branch. Face-to-face is always easier to get things fixed, and I have the added bonus of being out in the middle of nowhere which increases my chance that whomever I talk to will be small-town friendly.

Walking into the local CIBC branch, my fortune immediately changed. Within minutes, the teller whom I had explained the whole story to was ushering me into the branch manager’s office. I sat and waited while she made a few phone calls to VISA, shared a few puzzled glances with me while they put her on hold, and then politely explained to them why they would be immediately crediting my account $170 per year for each year I’d had the card dating back to 2004! When she finished with her phone call, she handed me her card and told me to call her if my account hadn’t been credited within 30 days, and if not, she would personally credit my account the extra fees!

I left very impressed that I had found someone who knew the difference between following policy and doing the right thing. And pretty impressed that my credit card would soon be the recipient of a nice $1400 credit!