The turnover into the last decade got lost in the shuffle into the new millenium. And we had such great hopes, at least until  we succumbed to our paranoia about the impact of the lazyness of our 20th century programmers. And then we got distracted by the Internet. And then the terrorists needed some attention…

I read on some blog today that the last ten years has been a great win for the individual, but a general loss collectively. I agree. I think we all had some great successes at an individual level in the last 10 years. But at a macro level, we got let down by everything around us. We set a bunch of individual performance records, but our win-loss record as “Team Humanity” kinda sucked. Its almost as if the human race needs to realize, collectively, that there is no “I” in “TEAM”.

My sincere hope is that 2010 will be a much kindler, gentler year than any of those last 10 years. And that we’ll start to figure out what “We” means.

Repeat it with me, 2010 will be awesome. For all of us. If I could hope for one thing next year, that would be it.

For my part, I’m going to try and relax. I can’t swim upstream forever. My number one priority is to find a way to work within the flow, to become one with the energy around us, the 氣. Much of what I propose to do centers around simplifying my life, and centering around what is important.

2. We will move to the country. Not sure where specifically, but definitely somewhere rural-ish. We’ll know the place when we see it, but I can guarantee you that it won’t be in Bloor West Village, Mississauga, Oakville, Ajax or Oshawa. My test will be simple. My neighbors won’t be close enough to care if I hang out on my deck in a speedo. Not that I would, but its a good test.

3. Our finances will become a tool. We’ve never been big users of debt and credit, but even still, it has taken us a while to get our debt behind us – car loans, student debt, silly decisions made in our 20′s, and so on. 2010 is the year that we become truly proactive with our finances and get into strong position for an early retirement.

4. Give me PVR or Give me Death. In 2010 I won’t watch anything on TV unless I’ve pre-recorded it on the PVR. The only exception to this will be the daily news at 6pm and 11pm and any special coverage of any event of a global scale. Events of a global scale means things like the Obama Inauguration, Katrina, the coronation of a new monarch and so on. It doesn’t mean the endless coverage leading up to and after the actual event, and only includes the actual event itself.

5. Its not about the bike. Somewhere along the way between Santa Clarita and Twenty Nine Palms during the 2009 Furnace Creek 508 bicycle race, I realized that I wasn’t an endurance cycling junkie, I was an adventure junkie. In 2010, I will run at least 3 ultramarathons and use running to find new adventures.

7. I will write two books. More specifically, I will start two and complete at least one. Never having written a book before, I don’t want to bite off more than I can chew. Do I want to write two? You betcha.

8. You can find me in the back 40. A really smart person told me in 2009 that I was too willing to blend into the group and too tolerant of my own mediocrity; that being awesome, that standing out, wasn’t a bad thing. I will do my best in 2010 to be outstanding in my field.

9. I will not forget my priorities. Family, work, friends, then everything else – in that order. This used to be easier and I think I’m doing an okay job, but it is very important to me that I get this right.

I’m a bit worried, combined with my Internet resolutions, this adds up to a lot of stuff to accomplish. With only 365 days to do it all, I’ll need to make sure that I don’t do a lot of stuff that’s not on this list.

The list of stuff that I plan on not doing? Well, that’s a third list. Check back tomorrow for the final edition of my 2009 News Years Resolutions.

Almost every year on New Years Eve, I watch the countdown and then remember that I forgot to make a long list of impossible resolutions that I should try and keep for a few weeks.

2009 was different. Late in 2008, I resolved that I wouldn’t let another year pass without making at least one resolution. My promise for 2009? Come up with a list of resolutions for 2010. With just 3 days to go before 2010, it looks like I’m in fine shape to deliver.

To make it more challenging, I decided to make two lists – one for online resolutions, and one for offline. Perhaps the distinction isn’t important anymore, but it sounded good at the time.

So after some thought, here is my list of online promises, my digital New Years Resolutions, for 2010.

1. Honor the Sabbath. Saturday’s will be completely offline. From the time that I wake up, to the time I go to sleep, I will not use the Internet without a really good reason. Those reasons include;

2. Honor the work day. Work time is for work stuff. While I’m at the office, I won’t “Quickly check…” *anything* that isn’t related to work. That mostly means Facebook and Twitter, and sometimes Google Reader. This is more of a preventative measure as I can see how these social tools might quickly become massive time-sinks.

3. Schedule more. This year I am going to structure my work day more than I did in 2009. It will include blocks of time for answering email, working on projects, talking to customers on a regular basis and working with staff. I’m already doing much of this and I still have a lot that I can refine and optimize. I count this as an online resolution because my work-flow is primarily Internet-based – I’m really saying that I’d like to get better at using some of the productivity tools I use so that I can make more effective use of my time.

4. Hire an Assistant. For at least two weeks I will work with a Virtual Assistant to see if I can benefit from having an extra pair of hands to help me out. If this turns out to be useful, then I’ll turn it into a longer-term engagement.

5. Blog for work. I will write at least 25 posts for the company blog. This should be a no-brainer, but for some reason in 2009, I didn’t see fit to make the time. I did make plenty of excuses why I couldn’t blog. I should have at least blogged some of those excuses.

6. Read. I will read at least 10 business related books or papers in 2010. This doesn’t include blogs, newspapers or magazines. Is this an online resolution? Maybe I’ll use Amazon.com to order the books and read them on my Kindle.

7. Be more “planful”. Each project I undertake will have a corresponding Basecamp, and that Basecamp will include a plan and a task list before I start working on the project.

8. Stop using email as an excuse to not talk to people. Sometimes I’m being lazy, sometimes I’m avoiding something, but at all times, this just isn’t appropriate. If an email looks like it needs to be longer than 140 characters, I’ll pick up the phone or go see the person and talk to them instead.

9. Blog for me. I really enjoy writing and I can be good at it. I will restart my blog and do more long form writing. 140 characters just isn’t enough to tell a story. I will keep a file of thoughts and observations that I will use as the basis for my blog entries. My blog entries will all be written purposefully and mindfully and not out of guilt “because I haven’t posted in a while.” Occasionally I will be lazy and re-post a link, picture or Youtube video that someone sent me, but not very often – my blog isn’t a replacement for Facebook.

10. Start a journal for our child. There are already things that I’d like to share with our unborn child. I’m certain Amanda feels the same way too. I think I should start writing them down. A blog would be good for that.

Getting back in the saddle…

I’ve decided to start blogging again. Its a big step for me. When I first started blogging, I just jumped in – completely unconscious of the commitment I was making. Over time, my blog sputtered, and then completely failed.

This time, I’ve promised myself, it will be different. This time I’ll be blogging with forethought.

I’ve decided to take the time that I’ve been wasting on Twitter and Facebook and pour that effort into longer, less frequent posts that will end up here. I’ll still use Facebook and Twitter to some degree, but I’ll be spending a lot less time keeping them updated.

There are still quite a few more things to do before I can call this a blog. Not only do a I need a few more posts, but I’d also like to tweak the settings a bit more, get used to the plugins that I’ve configured and make a final decision about the theme I’ll be using. I’d also like to import my older content, but that might take some additional effort.

So until I’ve settled in, please do mind your step. I’ll work on making this as comfortable as possible for everyone. 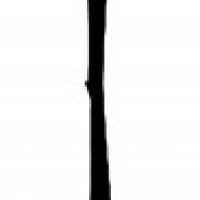