Mobile Apps need more than Google, they need their own DNS

If you believe in markets, I think you’ll agree that Apps are giving people the best Internet experience on mobile devices. The rise of the app store is something that even Apple didn’t foresee – originally they launched the iPhone app-free and asked dev’s to embrace HTML5 development. That last about six months with Apple doing an about-face and native apps have been a juggernaut ever since.

The beauty of great apps is that they embrace the Internet and web and make it even more useful and accessible on mobile devices. Using the Internet as a back plane makes it trivial for these apps to move data around, share it with others and provide a really compelling experience. These apps are crippled without the Internet. Interaction with the web similarly improves the user experience that these apps provide. I really like the Facebook and Craigslist apps for exactly these reasons – they give me the web in a uniquely mobile way.

The downside of apps is that they aren’t all that discoverable. Every app store out there is basically just a directory that users browse through to find the functionality they need. Some folks liken this to how we used to find stuff on the web. We’d go to Yahoo!, browse their directory and click-through to a website that gave us what we were looking for.

I think this analogy misses the mark. Thinking back a bit further to the early days of the Internet, every Internet host had an entry in a central HOSTS.TXT file that was updated and re-published manually to every host operator on the Internet. If you wanted to connect a new machine to the Internet, you’d need to submit the details and the file would be updated and re-published before your new host would be visible to other operators. This replaced by a system we called the “DNS” which made it easy to publish new host entries which were automatically picked up by other hosts on the network.

Today, developers create apps, submit them to a centralized repository which is essentially manually maintained. User manually browse the app store by traversing its directory, hopefully finding what they need.

Creating a Google-equivalent for searching app space will only solve part of the problem. App developers also need the benefit of a strong, more decentralized app discovery mechanism. I’m not saying that this will replace some of the controls that App Stores exert on what gets published via their App Store (i.e. Apple), but rather, that once an app is registered with the App store, that App discovery becomes much more automatic. Essentially, we need a DNS for Apps that publishes machine readable app capabilities making it easy for machine to connect users to applications on an on-demand basis. In other words, apps need to become addressable, just like web sites and other Internet resources are.

How would this work in the real world? I think it ends up feeling a lot like App streaming. Using some great search tools, I tell the network that I want to play Angry Birds, and the app becomes available on my home screen. The App Store itself fades away, the installation of the app fades away – all of those extra interactions just get picked up and absorbed by the framework, much in the same way that DNS and Google absorb the hassle of searching for and connecting to third-party websites.

Some startup is going to get very rich with this idea. Properly executed, it will appeal to both Apple and Google and put someone in a really sweet spot in a bidding war.

Consumers will benefit as well. Apps will continue to evolve, and as the infrastructure evolves, the bright line that differentiates an App from a Web Site will fade away into the background.

Building a legacy: Gates vs. Jobs 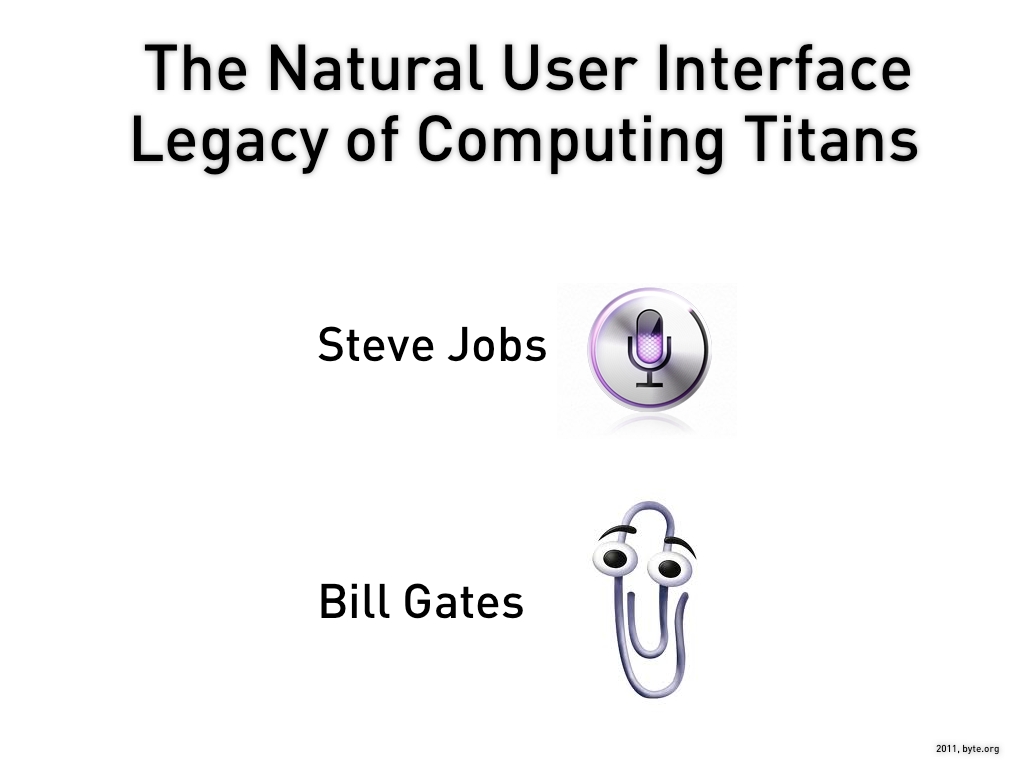 (Update: I thought I should note that this was posted at 7:40am and was intended to be tongue-in-cheek – Steve Jobs was still alive.)

I can’t believe it…

One of the most promising product releases in years and they blew it.

My two cents on the iPad 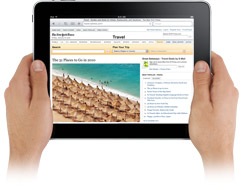 Some people will buy this device, some people won’t. I won’t comment on the market viability of the product – time will be the judge of that. I’m quite looking forward to being able to buy one.

In reading some of the comments from various people, I’m very struck by the number of people that say things like “you can’t even download a text file in Safari and open it up in another app…” or “…the lack of multitasking is only one fundamental flaw that prevents it from being more useful…”.

What I find interesting about these views is how completely irrelevant these use cases are for most users. I am what most people would consider an “early adopter” perhaps even a power user. I can’t remember the last time I’ve wanted to download a text file in Safari, never mind open it up in a different application that the operating system doesn’t already handle for me. Youtube videos open nicely in the Youtube app, links to maps open up nicely in the map application. You could say that Apple has perfectly anticipated what I need from Safari and made it happen.

I fully expect that the iPad will be exactly the same. So, for all of you that think that the iPad will flop because “it doesn’t do x”, just remember that 99% of the population probably won’t miss “x” and will be utterly thrilled with what this neat little device *can* do.